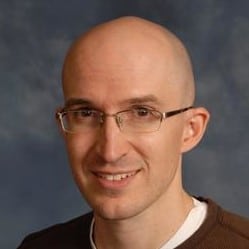 Keith Ellebracht was born in Brownwood, Texas. After graduating from Brownwood High School, Keith attended Texas A&M, earning his BS in accounting and then pursued his Masters thereafter. Keith is a Certified Public Accountant and quickly began his career working with Ernst & Young for five years as an auditor. Opportunity led him to take a position as the Senior Internal Auditor with Tesoro; a position he held for a little over two years. Shortly thereafter, Keith assumed the role of Internal Auditor Senior and Internal Audit Manager with ISS Facility Services.

AAA AUGER Plumbing Services effectively was able to recruit Mr. Ellebracht as our Chief Financial Auditor in November of 2011. Keith possesses amazing organizational skills, interpersonal soft skills and his morale compass could not be better calibrated. Keith was challenged to better organize AAA AUGER’s internal accounting processes and has served as a defacto operations manager. Keith is a member of the Texas Society of CPA’s and AICPA. He is very active in his church and attends the Wayside Chapel in San Antonio.

Outside of work, Keith enjoys composing, writing and recording music. Other interests include golfing, skiing, landscaping and reading to name a few. If you ever have a chance to hear some of his music, you will be impressed by his amazing voice and awesome guitar playing. However, he most enjoys spending his time chasing his children, Ellarie and Everett.

Keith is happily married to his lovely wife Barbara with whom he has his aforementioned children.